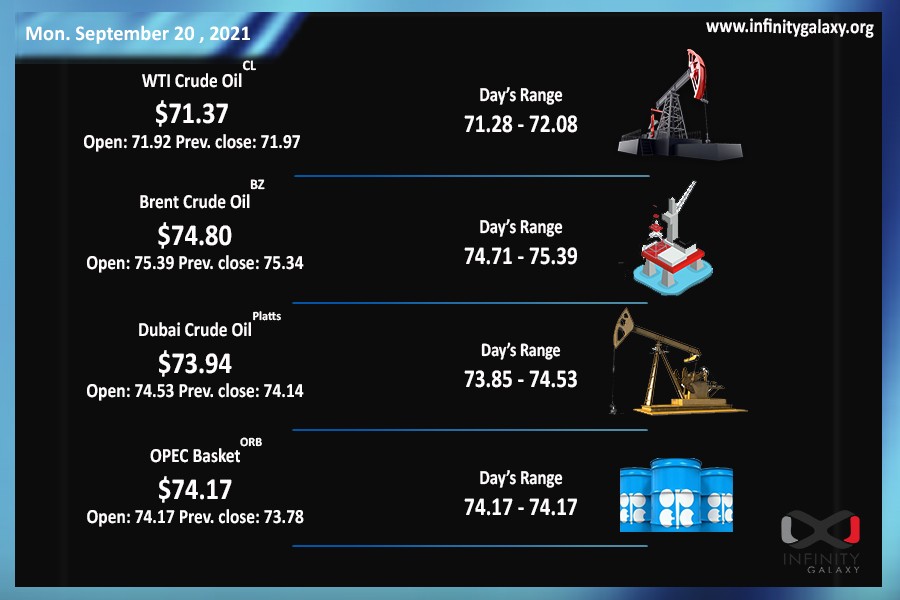 Despite the unstable market conditions, the Brent price was able to stay in the $ 70- $75 range during the last week from September 13 to September 20. The maintenance of this price over the past week indicates that the world economic situation is improving.

On the other hand, the number of Corona cases around the world appears to be stabilizing, while the vaccination rate is on the rise. Based on the above case, the conditions for increasing and decreasing oil prices will be announced as follows.

Oil prices have risen 11 percent in the wake of Hurricane Ida in the Gulf of Mexico and the withdrawal of 59 percent of US oil production from the region, as well as full approval of the Pfizer vaccine and rising hopes for global corona control.

In the middle of the second week of September, US crude stockpiles fell by nearly 6.5 million barrels, boosting crude oil prices. Also, the level of US refined feed increased by 85,000 barrels, which led to an increase in oil prices.

The halt at the Libyan oil terminal and the protests of graduates in the port of Tobruk delayed the supply of oil and led to higher oil prices.

Moreover, the disruption of crude oil shipments from the United States following Hurricane Ida delayed the transfer of crude oil to Asia, which led to higher prices for sour crude oil grades.

The outbreak of the corona Delta variant has reduced demand for crude oil from Saudi Arabia, increasing pressure on global markets. The virus has also slowed economic growth, fuel demand and job creation in the United States.

Following all this decline in demand, oil prices have fallen. Saudi Arabia also cut crude oil prices by $ 1 a barrel for its Asian customers, while prices for northwestern Europe and the United States remained unchanged.

China also liberalized its strategic crude oil reserves to ease the pressure on high crude oil prices. In the second week of September, hedge funds reduced their net buying position due to the rapid spread of the Coronavirus, and the number of traders’ contracts in the Nymex market decreased.

This article was prepared by Mozhdeh Darbandizadeh, Account Manager of Infinity Galaxy.