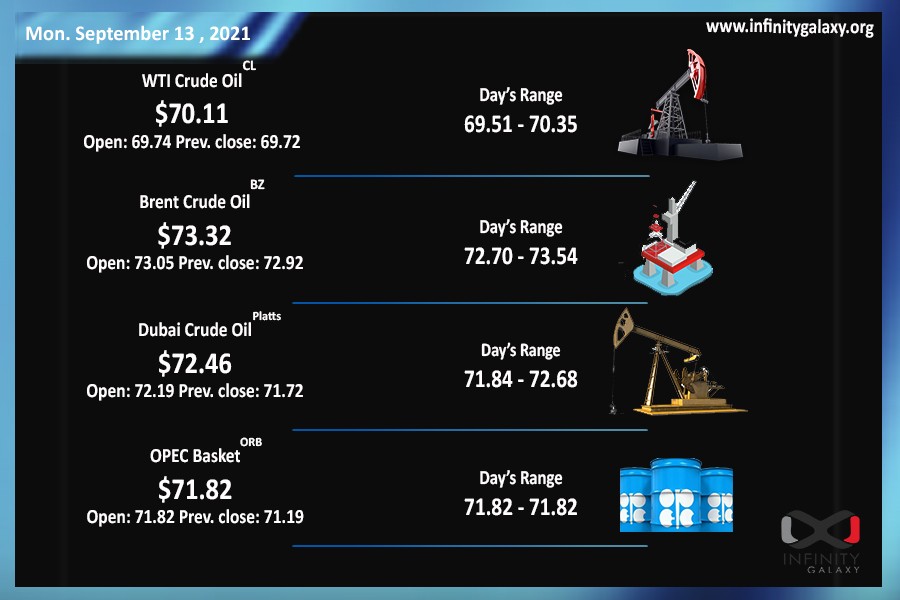 Crude price bounced back during the last three weeks after stronger hopes for a steadier market and demand. Last week, oil fluctuated in the range of $ +2 / -2 as we expected. With a growth of about 2.5%, Brent could close at $73.34 and WTI got to $69.58 on the last seconds of the market on Friday. Prices will probably fluctuate in a similar range in the upcoming week.

Joe Biden stated that he is trying to settle the dispute with China and manage the competition between the countries. This brought hope to the market among the negative factors such as the secretive strategic reserve auction of China.

The US crude oil inventory decreased 1.5 million barrels a day based on the reports released on Wednesday.

Experts announced that is it almost unlikely for Lambda and Mu variants to take over the delta. According to studies, 99% of patients are infected by delta; therefore, it is almost impossible for other variants to catch up with it.

The market sentiment was positive toward oil products as well. The lower fear of the virus and construction projects outlook is pushing the demand upward. Moreover, the positive sentiment of crude encourages the oil products prices further.