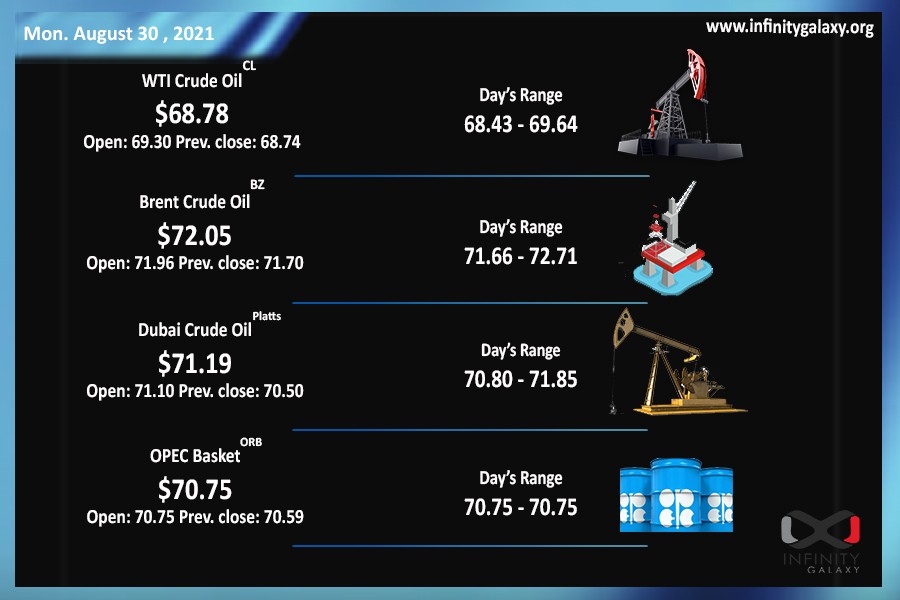 Crude could recover the former fall at the end of August. The fall that was imposed by the fear of the Delta variant of covid settled down after the approval of Pfizer by the FDA. The vaccinations are giving hope to the markets for once more. Therefore, Brent and WTI reacted to their price resistance level and closed at better prices by the end of the week. Brent closed at $71.36 and WTI closed at $68.65 on Friday, August 27. The chart seems to be improving in the days ahead.

The dollar experienced an uncertain market during the last week of August. Despite all the concerns about the Jackson Hole Symposium and tapering initial speeches, traders ended up with more hopes for a steady condition of monetary policies. The tapering is still expected in 2021. The Federal Reserve seems to be waiting for the employment and jobless claims reports of August before making any decision.

The upcoming week contains many reports and meetings, including the OPEC meeting on Wednesday, September 1. The market might be affected by the meeting decisions on supply constraints. Besides the OPEC meeting, major reports of nonfarm payrolls, unemployment rate, and average hourly earning might affect the Dollar on Friday.

Petrochemicals markets expect some rate changes during the upcoming week from Iran and India refineries. Freights fluctuations are still a burden to traders. The harbour congestion in Jebel Ali and delays have caused late arrivals of cargoes. Oil products demand, however, is still promising.