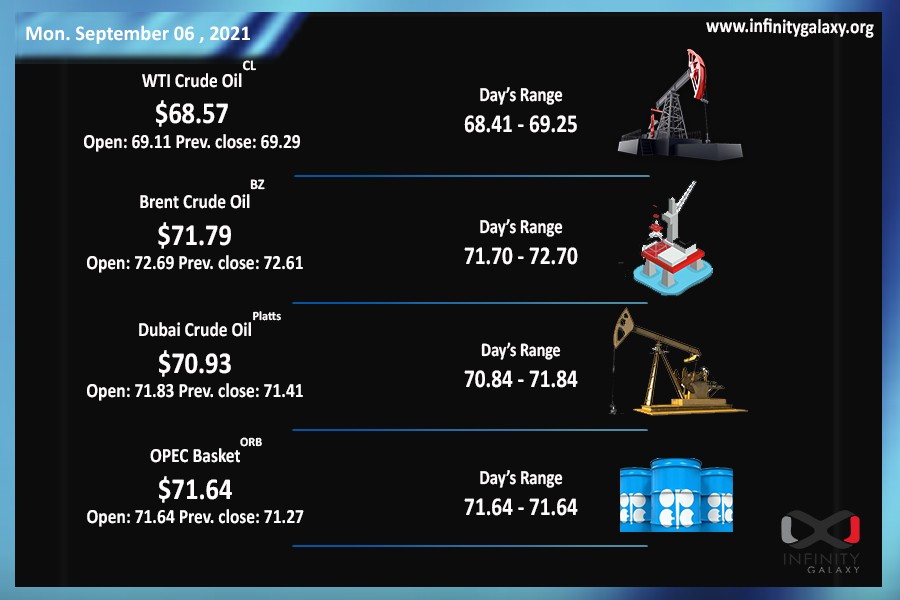 Crude succeeded to rise a bit higher in the first week of September. However, the rise was not significant due to several incidents, including the oil spill of the Ida hurricane in the Gulf of Mexico and a variant of interest of covid. The crude ended Friday with Brent at $72.05 and WTI at $69.20. The price charts of oil declare a possible fluctuation by about $ +2 / -2 through the coming week.

The world is almost stuck in a vicious cycle with the covid fear. While the loss and fear of Delta and Lambda variants have not thoroughly disappeared, The World Health Organization (WHO) added a new variant of interest to the monitor list. The new variant, called mu, seems to have genetic differences from the other known variants. The virus is detected in several countries and it can cause more severe infections than the former ones.

Financial reports were not as promising as the market expected. The Non-Farm Employment Changes were lower than expected while Average Hourly Earnings rose. The numbers are almost the signs of slowing improvement. Therefore, the stock got negative sentiments on the Friday market.

Petrochemicals usually follow up the crude trend. With the rising demand for oil in mind, we can expect rising prices for oil products in addition to the rising freights.