Weekly Oil Report: Fundamentalists Are still in Fond of Crude 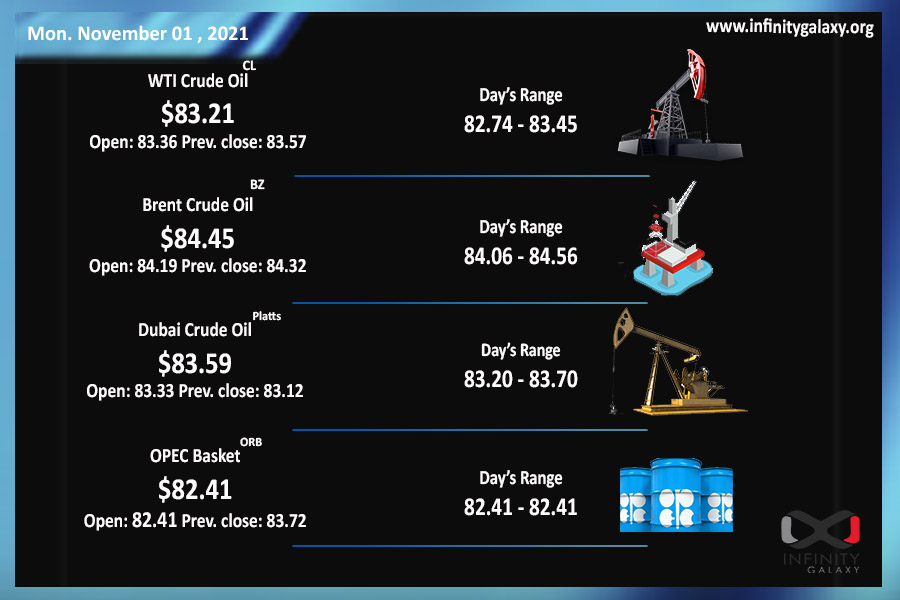 Oil experienced the second week of loss at the end of October. The fall can be considered as a price correction after several consecutive weeks of gains. Therefore, fundamentalists are not much worried about Brent closing at $83.28 and WTI at $83.28 on the last session of the Market.

On Monday, prices fell again after China released reserves of gasoline and diesel to increase supply. Now eyes are on the OPEC meeting on Thursday, 4 November. There has been no clue of increasing production by the allies yet. Therefore, the market supposes OPEC sticks to the previous schedules for production. We shall still wait for the final decision of the cartel.

Cushing crude inventories, the US hub for WTI crude, are down 54.4 percent compared to the stocks at the same time last year. Production is also restricted by the recent storms and hurricanes, and the capital discipline in most of the US.

Several crucial financial reports are going to be released in the upcoming week, including the ISM manufacturing PMI, Unemployment rate, and non-farm payrolls. The more positive the reports are, the stronger the possibility of tapering gets.

Petrochemicals were making a new surprise for the market participants through the last week of October. Bitumen and base oil recorded new highs in many regions. The local news indicated more possibility of increase as the shipping freights and crude are high.